TEHRAN -- More than 62,000 nurses have contracted COVID-19 in Iran and about 100 of them have lost their lives due to the disease, an Iranian official was quoted by official news agency IRNA as saying on Saturday.

"The sacrifices made by nurses in the past year have alleviated some of the problems of the people during the epidemic, and we should appreciate their efforts," Deputy Health Minister Mariam Hazrati said in a public tribute in Tehran to nurses died from COVID-19. (Iran-COVID19)

ANKARA -- Turkey on Saturday reported 9,193 new COVID-19 cases, including 621 symptomatic patients, as the total number of positive cases in the country reached 2,693,164, according to its health ministry.

TUNIS -- Amid tight security measures, a massive demonstration was organized on Saturday in Tunisian capital Tunis by the Islamist Ennahdha (Renaissance) party, the first majority party in the Tunisian parliament.

Thousands of Ennahdha supporters, coming from different provinces of the country, took part in the demonstration in downtown Tunis. (Tunisia-Demonstration)

ADEN, Yemen -- A senior official of pro-government security forces was killed by the Houthi rebels in the ongoing battles in Yemen's northeastern province of Marib on Saturday, a military official told Xinhua.

"Abdul-Ghani Shaalan, commander of the pro-government special security forces in Marib, was killed as a result of the Houthi offensive on the strategic oil-rich area," the local military source said on condition of anonymity. (Yemen-Houthis-Kill) 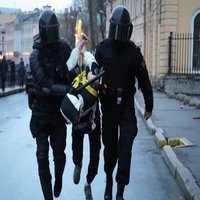 Navalny Supporters Detained By Police As Protests Roll Across Russia 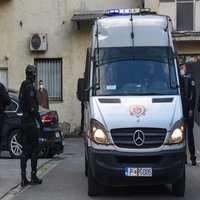