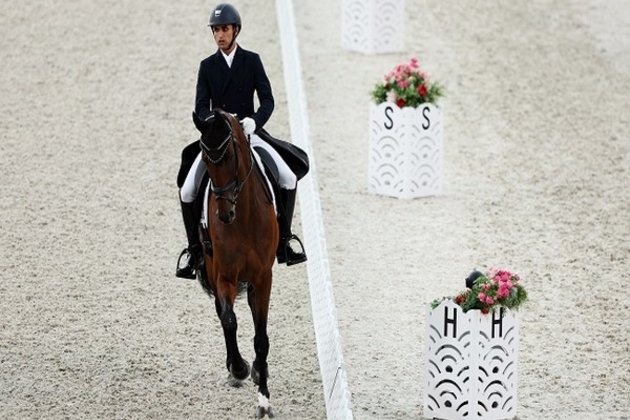 Tokyo [Japan], July 30 (ANI): Indian equestrian Fouaad Mirza was placed at the seventh in dressage on Day One of the competition in the ongoing Tokyo Olympics on Friday.

Fouaad and his horse Seigneur Medicott registered 28 penalty points. Oliver Townend of Great Britain topped the table with 23.60 penalty points. Louise Romeike of Sweden is tied with the Indian equestrian on points (28.00).

Just three days before the start of the Tokyo Olympics, Fouaad had changed his horse. Medicott, lovingly known as Micky had helped Fouaad win the two silvers at the Asian Games and they both share a strong emotional connect with each other.

At first, Fouaad picked Dajara 4 for the Olympics but in the last few gruelling weeks of competing and practise, Mirza felt that Dajara 4 had undergone a lot of pressure.

This prompted the change in the final entry with Seigneur Medicott for the Tokyo Olympics as the horse was moving better. (ANI)