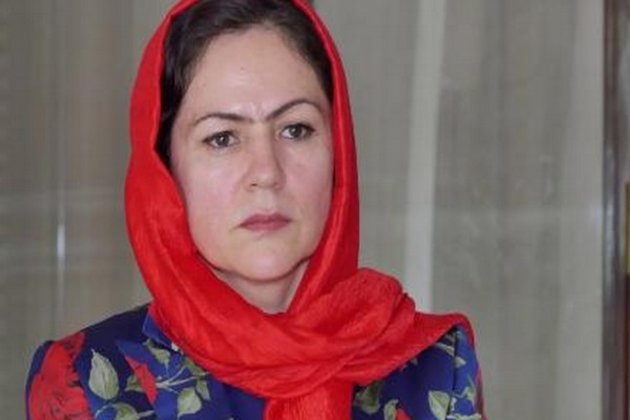 Kabul [Afghanistan] July 30 (ANI): The presence of foreign terrorists, who have affiliated with the Taliban has been threatening security especially in areas in the northern regions of Afghanistan on the border with Tajikistan, according to a member of the Afghan government's peace negotiating team.

Fawzia Koofi, a member of the Afghan delegation which is in talks with the Taliban in Doha, on Thursday said swift action should be taken against the presence of foreign fighters in the border areas, Tolo News reported.

"Now the activities and movements of foreign terrorists have increased more than any time before along the border areas and in the strategic locations which have come under Taliban control, unfortunately," Koofi was quoted as saying.

Insurgents, reportedly with ties to Tajik terrorist groups, are present in some districts of Badakshan including Kuf Ab, Shekay, Nusay Maimai and Khawhan, Tolo News reported citing a report from Radio Azadi.

During the Taliban's recent offensive in early July in Northern Afghanistan, Tajikistan nationals affiliated with the terrorist outfit Jamaal Ansaruflah Tajikistan (JAT) fought alongside the Taliban.

Referred to as 'Tajik Taliban', these extremists are led by Mahdi Arsalon, and have been put in charge of five districts in Badakhshan Province, namely Kuf Ab, Maimay, Nusay, Khwahan and Shiki.

The Taliban has last week claimed to have control over 90 per cent of Afghanistan's country's borders with Iran and Turkmenistan. Afghanistan's government has, however, dismissed as a lie the Taliban's claim of near-total border control.

Earlier, Russian Defence Minister Sergei Shoigu and his Tajik counterpart Sherali Mirzo had in Tajikistan capital Dushanbe discussed joint measures to be taken to neutralise the threats from the Taliban.

Russia has also sent military equipment to border areas between Tajikistan and Afghanistan to prevent possible threats originating from the country. Around 1,000 Russian servicemen are set to take part in military drills that Tajikistan will host in August close to the border with Afghanistan, with Uzbekistan's participation, the Russian Central Military District said on Tuesday as reported by Sputnik.

In another recent development, China expressed its hope that the Taliban will fight against the "East Turkestan Islamic Movement" (ETIM) militants.

"This is the collective responsibility of the international community to jointly combat the East Turkestan Islamic Movement. We hope that the Afghan Taliban draw a clear line to the terror groups and act against them seriously and robustly to remove the barriers," the Chinese foreign ministry said..

Over the past few weeks, Afghanistan has witnessed a surge in violence as the Taliban has intensified its offensive against Afghan forces and civilians with the complete pullback of foreign forces just a few weeks away. (ANI)